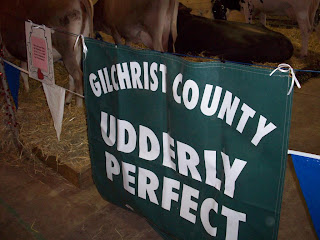 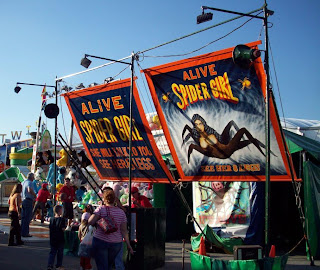 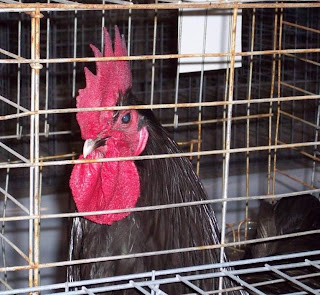 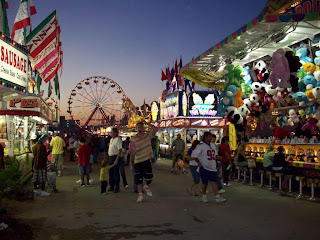 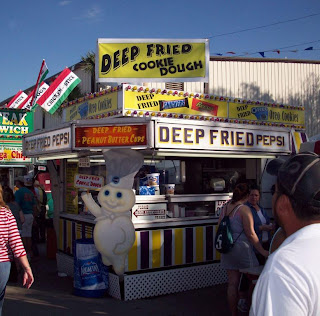 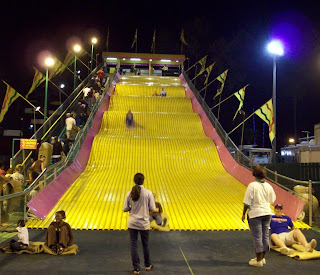 For over one hundred years, Tampa has hosted the Florida State Fair. It's not so different from other state fairs, with rides, food on a stick, and 4-H clubs with sheep and steers. There's exotic looking chickens and rabbits, bleating goats, and cow milking demonstrations. Over on the other side, there's a guy carving wood with a chainsaw, just outside the exhibition hall where the Elvis impersonator contest is underway. There are pig races, a giant alligator, and spinning thrill rides. For just a few dollars you can throw a dart/ ball / ring and win an unwieldly stuffed animal.

In 1904 the South Florida Fair was organized to promote Tampa's economic resources and bring tourists to our fair city. For seven decades, the fair was held on the west shore of the Hillsborough River, near the Tampa Bay Hotel, now part of the University of Tampa campus. Eventually anew, larger fairgrounds were built in east Tampa, on Interstate 4, and this is where the fair has been held each February since 1977.

In other months of the year the fairgrounds host craft shows, horse shows, and concerts. Year round, Cracker Country is a popular school fieldtrip destination.
If you want to go, you'd better hurry -- Monday is the last day this year!
Posted by Lucy D. Jones at 2/17/2008