Ode to Odet and Those Who Came Before

In my mind it was a quiet day. Boys were throwing sticks, dogs were licking baby faces, parents were napping or cleaning up after lunch. An ordinary day.

Then the Spanish came. 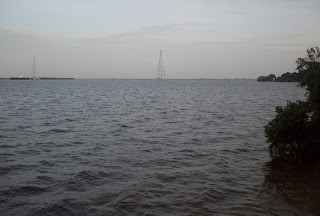 Do you see them? Is that Panfilo de Narvaez, the man standing on the deck, eyes straining toward shore? If it is, you had better run and hide.

Now Philippe Park, then the Native American village of Tocobaga, this site on the shore of Safety Harbor was a sort of ground zero for the radical cultural and social changes that came along with Spanish exploration of La Florida in the 16th century. Each time I visit here, I look across the harbor toward Old Tampa Bay and wonder what it's like to have your way of life end.

Yet for all that, Philippe Park is a very pleasant place. It's big; there's room for everyone, with picnic shelters, a boat ramp, and great playgrounds for little and not-so-little kids. The oaks provide shade for you and shelter for frisky squirrels who have their beady eyes on your KFC. After dinner, the kids run up and down the old Indian mound. Where else in coastal Florida do they see a hill such as this? I suspect any child who tried this 500 years ago got a good clout on the ear. 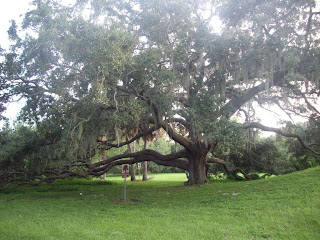 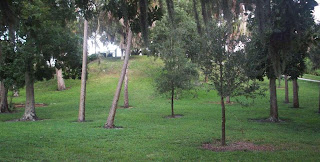 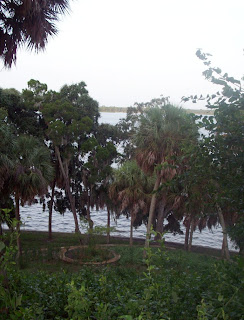 The park has a quirky history as well as a prehistory. In the 1840s, when settlement was just starting around here, a man named Odet Philippe picked this spot to be his homestead. Or Count Odet Philippe, or Dr. Odet Philippe -- he was a colorful man with a past, who claimed to be French royalty and a friend of Napoleon Bonaparte. If all the stories were true, he was over 100 years old when he died here. But no matter -- he was a true Floridian, who started a new life, reinvented himself, and stuck it out in the end. He certainly had his share of adventures here -- an exerpt from an interpretive sign at the park: 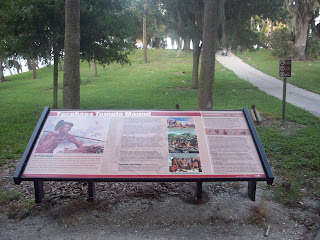 "Originally, this mound was rectangular in shape, but a tremendous hurricane in 1848 washed away approximately 1/3 of the mound. At that time, Odet Philippe used the mound to save his family from the tidal surge."


Just another typical day at the park.


For more information or directions and events, visit Pinellas County's website for Philippe Park.
Posted by Lucy D. Jones at 9/16/2008