In September I posted a photograph of the Citrus Park Colored School, which raised a question about another one-room school in Citrus Park. Finally, I stopped and took a picture of that one as well. 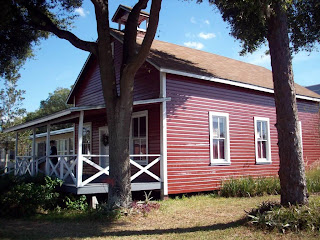 The Citrus Park school was built in 1911, and served all grades in a single room until the 1920s, when a divider was added to make it into two rooms. In the 1920s, a new brick school was built; this brick building is still part of today's Citrus Park Elementary. The wooden schoolhouse, which was originally white rather than red, continued to serve the school and community as lunchroom, church, and classroom. As Citrus Park grew, particularly after World War II, more classrooms were added to the school, but the old schoolhouse remained. 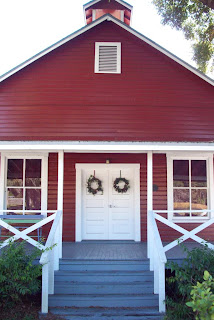 The Old Citrus Park School is a Hillsborough County Historic Landmark, as it may be the oldest standing school building in the county. 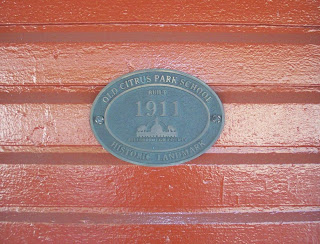 The Citrus Park Elementary School campus is rather a hodge-podge of architectural styles, the latest addition being in the current decade. Northwest Hillsborough County has grown rapidly in the past ten years, and finding classrooms for all the kids has greatly challenged the local school board. 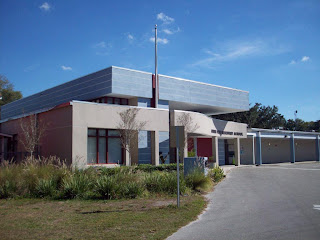