The University of South Florida-St. Petersburg has a small, two-building historic district on campus, consisting of the Williams House and the Snell House.
The Williams House, listed on the National Register of Historic Places in 1975 and desinated a City of St. Petersburg Landmark in 1986, was built in 1891 by Genreal John C. Williams, a key figure in St. Petersburg's earliest days. This Queen Anne-style house was originally located in downtown St. Petersburg, where it was part of the Manhattan Hotel for many decades before being moved to the USF-SP campus. 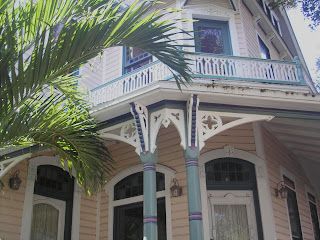 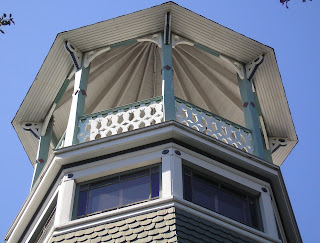 The Snell House gets its name from an historical association with C. Perry Snell, a leading St. Petersburg developer in the early twentieth century. Snell built this eccletic Dutch Colonial bungalow in 1904 as his own home, where he lived with his wife Lillian for a few years. Like the Williams house, the Snell House was part of a downtown hotel before it was moved to its current location on the USF-SP campus. It is now home to the Florida Studies and University Honors programs. 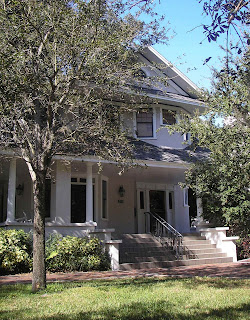 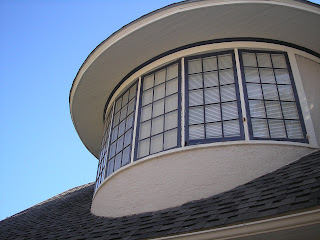