The SS American Victory is docked in Tampa's Channelside District, between the Florida Aquarium and the cruise ship terminal. 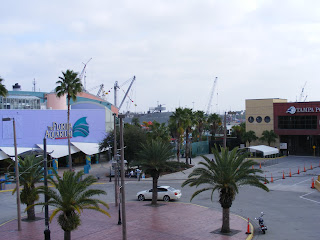 SS American Victory is a World War II Merchant Marine Victory ship, now serving as a maritime museum. Although this particular ship was built in California, it is an effective reminder of the many, many ships built in Tampa during the war at the docks visible from the American Victory's decks. 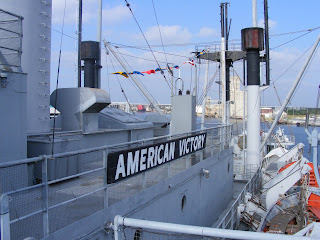 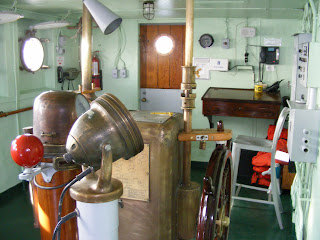 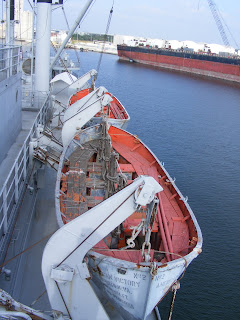 Garrison Channel, looking west toward downtown to the right -- Harbor Island to the left, Tampa General Hospital on Davis Islands straight ahead. 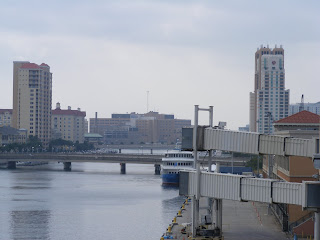 Ybor Channel (part of the Port of Tampa, looking north toward Ybor City). When the Ybor Estuary was dredged in the early twentieth century, creating the channel, the Port of Tampa drew commercial shipping away from the Hillsborough River. It is now the largest port in Florida. 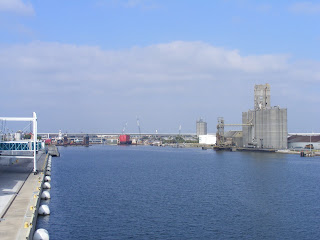