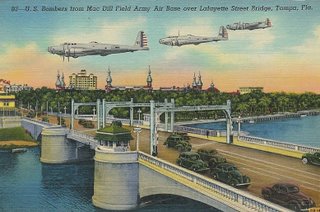 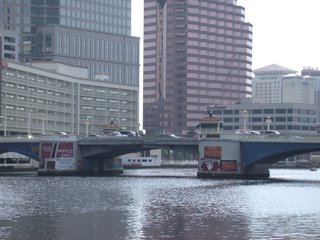 In 1913, Tampa was a bustling, prosperous town with new houses, new stores, and a new bridge over the Hillsborough River at Lafayette Street. This bridge was actually the third one built at Lafayette Street, but the previous two could not keep up with the growing city. Early in 1913, construction began on a modern, reinforced concrete arch bridge, with Mediterranean-styled balustrades and bridge tender houses. The local papers updated their readers practically every day on the bridge’s progress, as dirt, concrete, and steel coalesced. By early December, the bridge was nearly finished, but the city’s political and business leaders postponed the formal opening ceremony until February 1914, during the Gasparilla Festival. But on December 20, 1913, when the city declared the Lafayette Street Bridge open for traffic, there was still a celebration. City officials, engineers, and newspapermen filled the first streetcar over the bridge; Miss Maybury (who worked for Tampa Electric) was the first paying passenger. It had been seventeen months since the last streetcar crossed the river at Lafayette Street. The U.S. Government’s launch DeSoto was the first boat under the bridge, Hugh Macfarlane drove the first automobile over the bridge, and Everett Snow was the first to cross on a motorcycle. That same day the Tampa Electric Company opened its new office building to the public, displaying Christmas trees glittering with tiny colorful lights. While Tampa’s citizens were thrilled to have a functional bridge again, the men who had worked on it for the past year and a half were happier to be going home for the holidays.
Posted by Lucy D. Jones at 12/20/2006