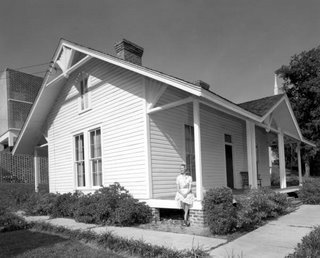 
Born in 1862, in England, to German parents, Frederick Delius never excelled in his father’s wool business, and came to Florida in the 1880s to grow oranges. As it turned out, he wasn’t that good at growing oranges either, but in Florida, his musical talents thrived.

Delius lived in a cottage in Solano Grove, about 45 miles south of Jacksonville, on the St. Johns River. It was a small house, four rooms, and was already old by the time he got there. But in that house, and in the groves that surrounded his isolated home, Delius soaked in the sights and sounds of the people and animals of Florida, then still unknown to most Europeans.

In Jacksonville, Delius met Thomas F. Ward, a musician from New York who became his teacher. Later, Delius studied music in Europe. Although Delius’ stay in Florida was short, just a few years, the experience was key to many of his subsequent orchestral and operatic works, including the Florida Suite.

Gloria Jahoda wrote about Frederick Delius (“The Music-Maker of Solano Grove”) in her book The Other Florida, recounting her visit to his former home:

Pines stirred in damp woods. Pileated woodpeckers flew high in the trees. Here the Andersons and Julia Sanks had sung to Delius long ago. Here the Indians and the crackers had come to join them to startle European music.

Delius died in France in 1934, but in 1946, themes from his Florida Suite inspired the soundtrack for The Yearling. In 1961, his house was moved to the campus of Jacksonville University.

(The Delius House is illustrated and discussed in Jacksonville's Architectural Heritage: Landmarks for the Future, a really great book available through the Jacksonville Historical Society.)
Posted by Lucy D. Jones at 2/06/2007