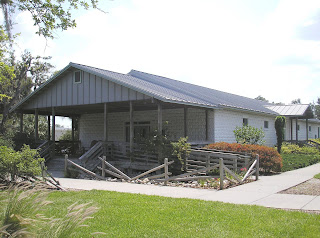 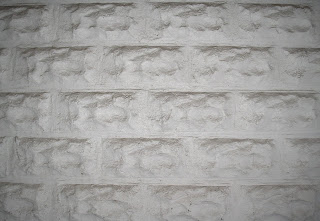 In 1910 John Gainey built a feed store out of rusticated concrete block he manufactured himself. The store was run by Francis Marion Campbell, who had moved to Largo in 1867 and also owed and operated the Hotel Largo. Campell died in 1912, and from that year until the 1980s, a succession of owners ran a feed store in this building at this location.

When in the 1980s the Florida Department of Transportation began planning to widen Bay Drive, the Largo Area Historical Society worked to have the old Largo Feed Store moved to Largo Central Park. After it reached its current home, the historical society, the city, and the Florida Department of State worked together to have the building refurbished. Now, in addition to housing historical exhibits, it serves as a multipurpose building across the street from the Largo Public Library, and near the city's cultural center.

In 1917, F. J. Straub patented a method of making cinder blocks. Cinder blocks used aggregates to make a lighter block, and they had smooth surfaces rather than the rough surface of rock-faced blocks. By the 1930s, cinderblock had replaced rusticated concrete blocks in popularity as a building material.