Several city blocks in Ybor City are blocked off this weekend for Festa Italiana -- today and tomorrow, everyone in Tampa is Italian! The highlight of today's activities were the bocce ball tournament and the wine judging. Tomorrow thousands more people will crowd into Centennial Park for food, games, and music. (Perhaps a few will wander over to the Ybor City Museum State Park to see the new exhibit, Sicilians in Tampa, sponsored by the Ybor City Museum Society and curated by yours truly.)

1) The bocce tournament in Ybor's Centennial Park, March 29, 2008
2) The City's Fortune Bosco Bocce Courts, near the Centro Ybor parking garage
3) Sign across the street from the Bocce Courts marking the location of Ybor City's first railroad station. This is where many Sicilians began their Florida adventures, stepping from the train platform to sandy Ybor streets. 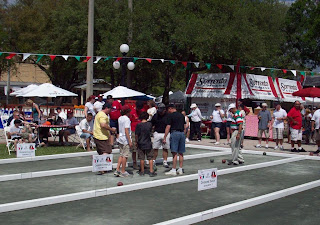 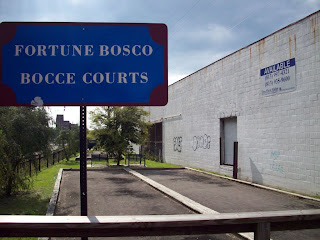 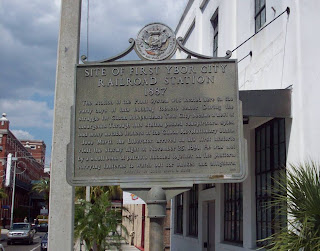