One of the original developers of Anna Maria Island was Charles Roser. Roser is generally credited with being the inventor of Fig Newtons, although some of the details are lost in the murky depths of time. After selling the Fig Newton to National Biscuit Company (Nabisco), Roser moved down to Florida and tried his hand at real estate development. In addition to Anna Maria Island, he promoted Roser Park in St. Petersburg.
On Pine Street, near the Anna Maria City Pier, are two buildings with historical connections to the cookie maker: Roser Cottage and the Roser Community Memorial Church. The church was built by Charles' father John Roser, in memory of his wife. 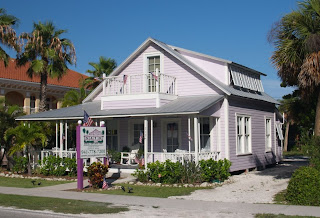 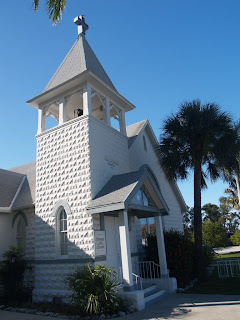