Churches on Scott Street in Tampa

Once upon a time Scott Street was in the middle of Tampa's Central Avenue District, which was the core of the city's African American community. Today the brick street rumbles by mostly vacant, fenced lots, where the Central Park Village public housing stood from 1954 until 2007.
But, as blue as the sky, still stands the Paradise Missionary Baptist Church. Built in the early twentieth century as the Allen Temple A.M.E. Church, this church now also houses a museum dedicated to the community it served. Just a few doors further down the street is the red brick Ebenezer M.B. Church, which when built in 1922 served Tampa's first African-American Seventh-Day Adventist congregation. 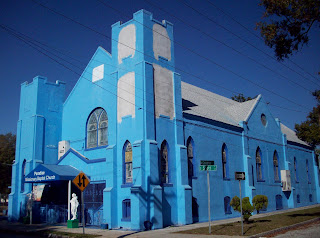 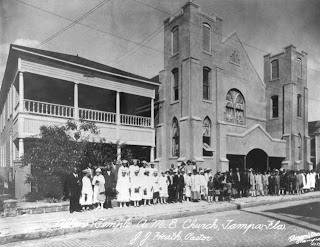 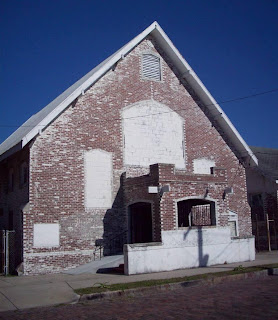