Lillies are commonly associated with funerals in the United States - they are said to represent purity, but offer the practical aspect of being strongly scented. In the case of Lillie Martin's marker, the use of lillies may have been in reference to her name, rather than a symbolic gesture. Not only is the marker topped with a large bouquet of stone lillies, but the verse etched on the tombstone refers to the flower: 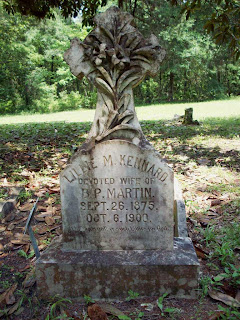 Flowers also appear on H.N. Pettit's marker, which has evening primrose etched around the base. According to Stories in Stone: A Field Guide to Cemetery Symbolism and Iconography, by Douglas Keister (New York: MJF Books, 2004), the evening primrose represents "eternal love, memory, youth, hope, and sadness." 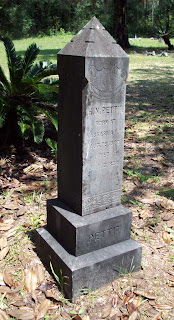 Pettit's tombstone also features a hand pointing to the clouds and the bible verse "In my father's house are many mansions," which continues in the King James version: "if it were not so, I would have told you. I go to prepare a place for you." Again according to Stories in Stone, "a hand pointing up is usually an indication that the soul has risen to the heavens."

Urns were popular graveyard symbols in the nineteenth century, even though cremations were out of vogue. The urn symbolizes ashes, and is a classical decorative element. 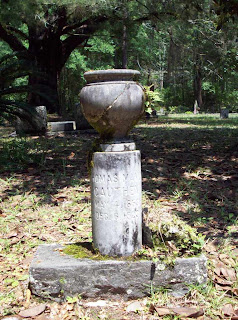 Grave markers in the shape of tree stumps are found across the United States, due largely to the Woodmen of the World. Woodmen of the World is a fraternal organization that provided burial insurance and pledged that no Woodman's grave would be left unmarked. 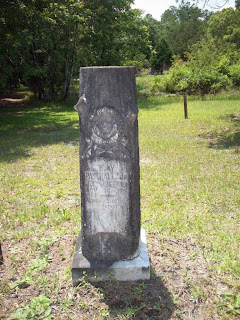