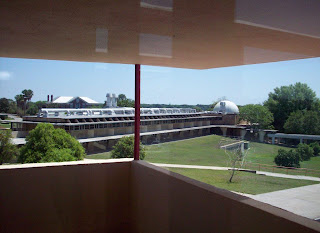 From the Pfeiffer Chapel, I could see the Polk County Science Building. This is really several large, low, horizontal buildings connected by covered esplanades. The dome at the end is the only Frank Lloyd Wright-designed planetarium to be actually built. The ventilation system on the roof was added during recent renovations. The book The Buildings of Frank Lloyd Wright at Florida Southern College has a photograph taken from a similar perspective (page 112) when the Polk Science building was under construction in the 1950s. 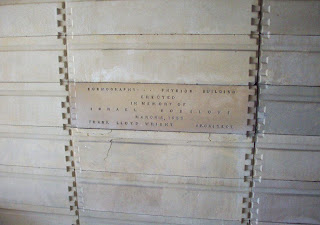 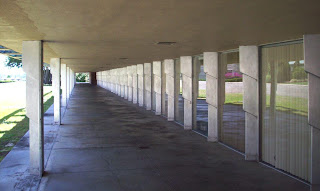 Walkway at Polk Science with aluminum-clad supports
Posted by Lucy D. Jones at 5/11/2009