Alligator (from Merriam-Webster Online)
Pronunciation: \ˈa-lə-ˌgā-tər\
Etymology: Spanish el lagarto the lizard, from el the (from Latin ille that) + lagarto lizard, from Vulgar Latin *lacartus, from Latin lacertus, lacerta — more at lizard
Date: 1579
1 a: either of two crocodilians (Alligator mississippiensis of the southeastern United States and A. sinensis of China) having broad heads not tapering to the snout and a special pocket in the upper jaw for reception of the enlarged lower fourth tooth

A long highway bordered by grass, trees, and lizards with broad heads and plenty of teeth.

It's that part of Interstate 75 that takes a left at Naples, and heads east across the Everglades. It's straight, and it's flat, and you'd better set your cruise control. There's one gas station on this 70-something mile long stretch of road. Sometimes on long car rides we play the game where you take turns naming something you see in alphabetical order (I see an alligator. I see a bird. I see a car. . .) This game goes slowly on Alligator Alley. The beauty and variety of the Everglades can be subtle, and not easily seen at cruising speeds.

But there are many spots along the highway where you can pull over for a closer look, or if you happened to bring your boat along, get out in the River of Grass. 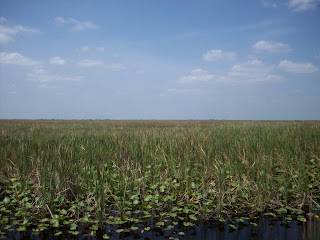 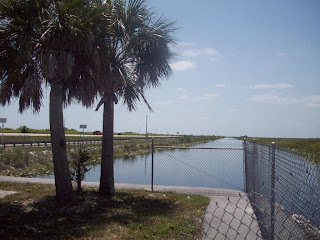 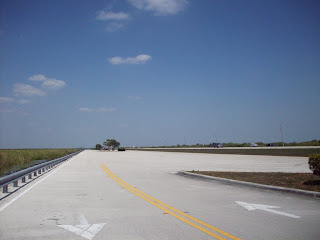 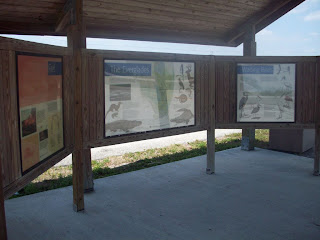 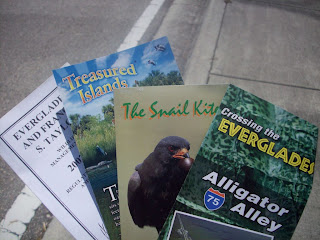