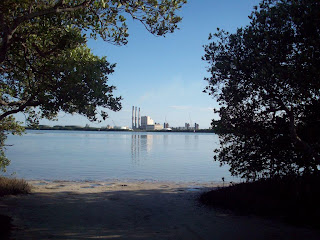 If you were to take a few steps further towards the water and look to the east across Old Tampa Bay, you'd see the Interbay Peninsula, home to South Tampa, Port Tampa, and MacDill Air Force Base. 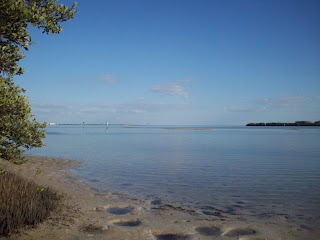 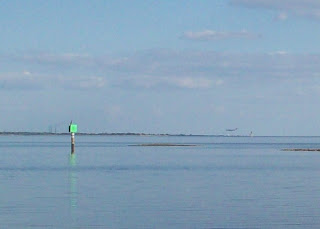 Today MacDill Air Force Base is home to the 6th Air Mobility Wing, U.S. Central Command, and the headquarters of the U.S. Special Operations Command, along with 51 other Mission Partners. Nearly seventy years ago it was a brand new base, training pilots for World War II. Base commander on December 7, 1941, was General Clarence Tinker, also known as the first Native American to become a Major General in the United States Army. Tinker Air Force Base in Oklahoma was named in his honor.
Posted by Lucy D. Jones at 10/28/2008